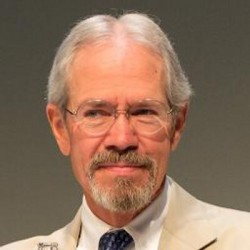 After completing his Ph.D. at University of Chicago, Dr. Weschler did postdoctoral studies with Prof. Fred Basolo at Northwestern University. In 1975 he joined Bell Laboratories as a research scientist in the Physical Chemistry Division. He conducted research at Bell Labs and its successor institutions until 2001 being named a Distinguished Member of Technical Staff (1986). In 2001 he retired from Bellcore/Telcordia and accepted positions at the Environmental & Occupational Health Science Institute and the International Centre for Indoor Environment and Energy, Technical University of Denmark. He has continued in those positions through the present. In 2010 he joined the faculty of the Building Science department at Tsinghua University (Beijing) as an ongoing Visiting Professor. He is also an Adjunct Professor in the Rutgers School of Public Health. He was a Member of the Committee on Air Quality in Passenger Cabins in Commercial Aircraft, National Academy of Sciences, 2000-2001; Advisor on Strategies to Protect the Health of Deployed US Forces, National Academy of Sciences, 1998-2000; Member of the Committee to Review the Structure and Performance of the Health Effects Institute, National Academy of Sciences, 1991-1993; and Member of the Committee on Advances in Assessing Human Exposure to Airborne Pollutants, National Academy of Sciences, 1987-1990. From 1999-2005 he served on the US EPA’s Science Advisory Board. He was elected to the International Academy of Indoor Air Sciences in 1999 and received the Pettenkofer Award, its highest honor, in 2014. He has been conferred the 2017 Haagen-Smit Prize from Atmospheric Environment; “Distinguished Visiting Professor” at Tsinghua University (2018); “Doctor Technices Honoris Causa” from the Technical University of Denmark (2018); and was recently (2020) elected a Fellow of the American Association for the Advancement of Science (AAAS). He has an h-index of 67 (Web of Science) and 77 (Google Scholar).