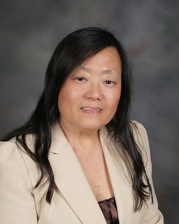 The main interest in my laboratory is to study the molecular mechanisms of melanoma development using a line of transgenic mice (TG-3) generated in my lab several years ago. From mapping studies, we have determined that about 70 kb of host sequences have been deleted by the insertion of the transgene. The host DNA had been deleted from a region of mouse chromosome 10 which is syntenic to the long arm of human chromosome 6. This region of human chromosome 6 has been shown to be highly rearranged in a large number of human nonfamilial malignant melanomas. A combination of techniques were used to identify intron 3 of metabotropic glutamate receptor 1 (Grm1) as the gene disrupted by the insertion of the transgene. The metabotropic glutamate receptors (mGluRs) belong to a family of seven transmembrane domain, G-protein coupled receptors (GPCRs). Expression of mGluRs is usually restricted to neuronal cells, but the signaling pathways activated by these receptors are widely distributed in both neural and non-neural cells. Mice with null mutations in Grm1 display reductions in hippocampal long term potentiation, and abnormalities of motor coordination and associative learning. In the TG-3 line, we showed that Grm1 is expressed only in ear tumors, but not normal ear as demonstrated by semi-quantitative RT-PCR, Western immunoblots, immunofluorescence and immunohistochemistry. Co-localization of Grm1 and the melanocyte-marker Tyrp-1 was detected only in tumors and not in the normal counterparts. Based on these results, a new transgenic line was generated with targeted Grm1 expression to melanocytes, by using Grm1 cDNA under the melanocyte-specific Dct (dopachrome tautomerase) promoter. Founder of Dct-Grm1 exhibited melanotic tumors on the tail at 7.5 months of age. High levels of Grm1 expression were observed in tail tumors but not in normal tail. Histopathological analysis showed these tumors to be very similar to those of TG-3. These results provide the compelling evidence suggesting the improtance of Grm1 signaling in melanocytic neoplasia.