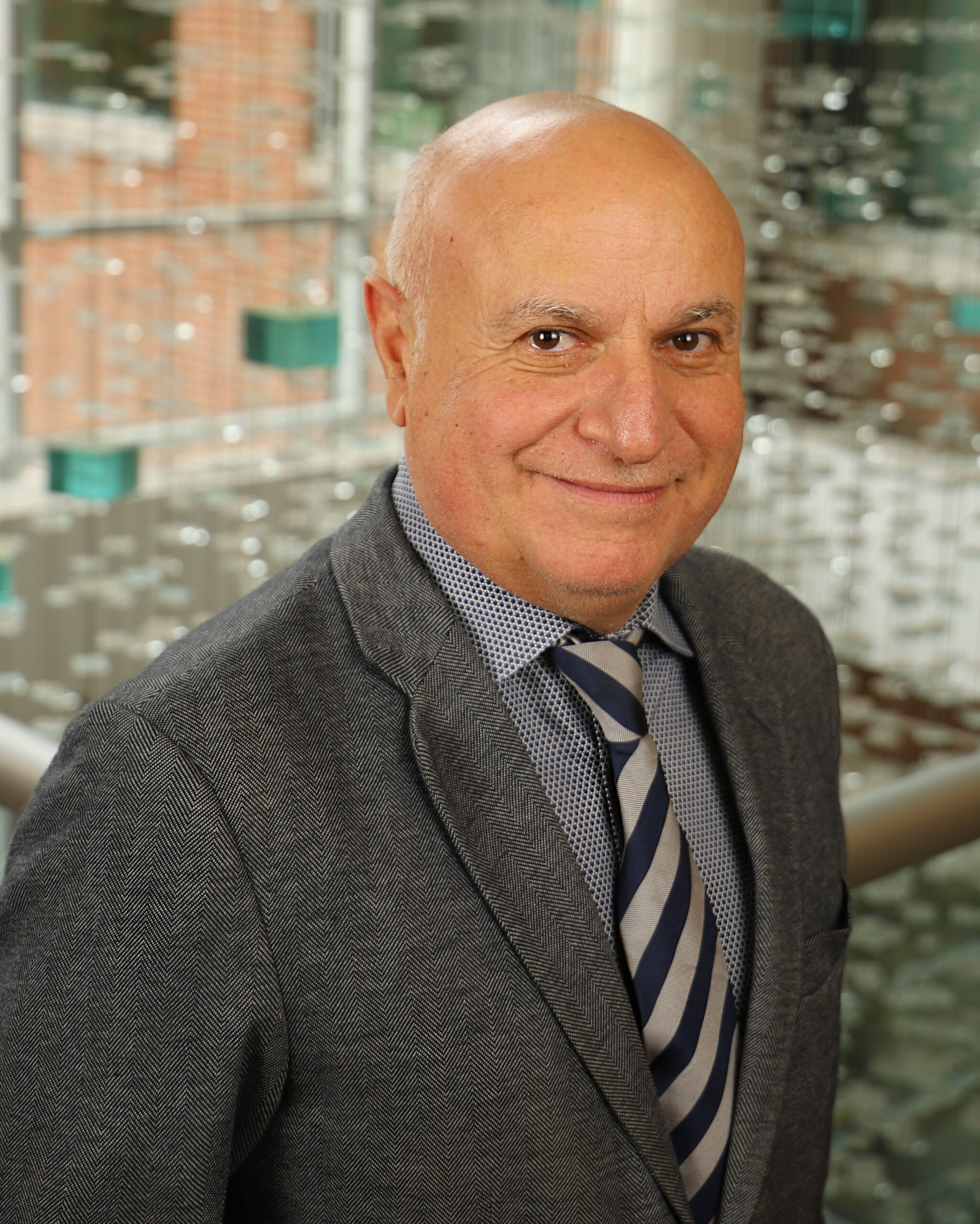 Henry Rutgers Chair and Professor in Nanoscience and Environmental Bioengineering

Dr. Demokritou’s research interests are primarily in the areas of nano science and technology with an emphasis on the interactions of particles with biological and environmental systems and elucidation of health effects. His patented methods on the physicochemical and biological assessment of particles have been used extensively by risk assessors around the world and helped in understanding the effects of particles on human population health.

His current nanoscience research focuses on the interactions of engineered nanomaterials (ENMs) with biological systems and the role of ENM structure on bioactivity. This includes the development of in-vitro screening approaches for nano-specific effects (DNA damage, epigenetics, translocation of ENMs across biological barriers, etc), “safer-by-design” approaches for families of ENMs, development of advanced tools and framework approaches for in-vitro/in-vivo dosimetry, life cycle specific risk assessment studies for nano-enabled products (NEPs) and fate of ENMs in the gastrointestinal tract (GIT).

He was also the founding Program Director for the Harvard-Nanyang Technological University/Singapore Sustainable Nanotechnology Initiative. In the past, he also served as a co-PI of the Harvard-EPA PM Health Effect Center (1999-2010, US EPA star grant) and the Director of the Harvard-Cyprus International Institute for the Environment and Public Health from 2005-2008.  He served as PI, co-PI, or co-Investigator on several grants funded by NIH, EPA, NIOSH, NSF, USDA/NIFA, CPSC, and EU research framework (FP7). He is currently the Henry Rutgers Chair and Professor in Nanoscience and Environmental Bioengineering at Rutgers School of Public Health and School of Engineering and the Chair of the Division of Environmental and Population Health Biosciences at the Environmental & Occupational Health Sciences Institute (EOHSI) and Vice Chair of the Department of Environmental Occupational Health and Justice at the School of Public Health.  He has recently founded the Rutgers Nanoscience and Advanced Materials Research Center. He holds more than dozen international/US patents and inventions and he is a founder of a spin-off company (DIETRICS). He is a co-author of two books, numerous book chapters, and more than 200 articles in leading journals in his field of research.

Dr. Demokritou’s innovative research was highlighted in major mainstream media and online magazines, including articles published in the Economist, NanoWerk, Chemistry World, The Scientist, ACS C&EN News, MIT News, Harvard Gazette, and NPR News. Dr. Demokritou is currently the founding Co-Editor in Chief of NanoImpact (Elsevier), a journal that focuses on all aspects of nanosafety research.