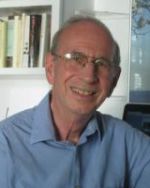 Biochemical Pharmacology and Toxicology. A major focus of work has been to define events regulating the metabolism of drugs and foreign chemicals in intact cells and tissues. Emphasis has been directed primarily at the metabolism of biologically active compounds via Phase II conjugation reactions. Recent research projects include: identifying isoforms of sulfotransferase and sulfatase in neural tissue, and investigating their possible involvement in modulating levels and activities of neuorsteroids in the central nervous system; and, secondly using a unique model of estrogen-dependent mammary tumors in ACI rats to explore relationships between the metabolism of estradiol and the occurrence and progression of hormone-dependent breast tumors.